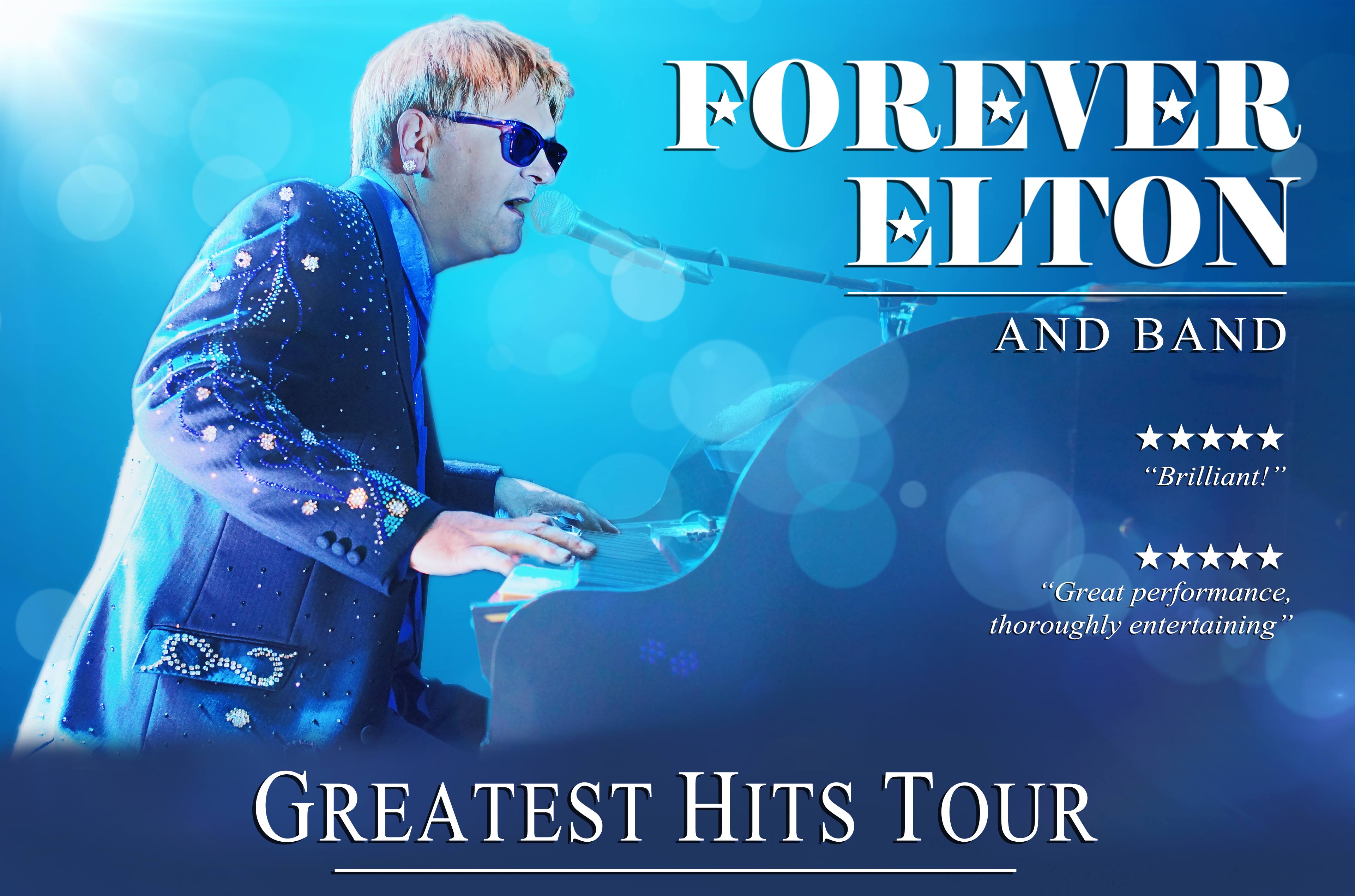 Forever Elton performs a stunning tribute to the music of Sir Elton John and Bernie Taupin – the most enduringly successful singer/songwriters of their generation.

The full theatre production act has performed in theatres, festivals, hotels and other venues throughout the UK and Europe, receiving such critical acclaim as “Better than the real thing!”  The Forever Elton show contains dazzling, authentic costumes, video projection, totally live piano performances and is supported by a multi-talented band which continues to receive applaud wherever they perform.

Take this Greatest Hits Tour musical journey along the Yellow Brick Road via Crocodile Rock to Candle in the Wind.

“Better than the real thing!”

Forever Elton, is led by the Award Winning TV, classical and film composer Phil Mountford, who as a musician has hand picked a group of extraordinarily talented musicians, between them having totalled many decades of professional performances in some of the most prestigious venues around the UK and Europe, such as:-
The Proms at Royal Albert Hall, Birmingham Symphony Hall, NEC, The Sage Gateshead and The Berlin Konzerthaus.

Forever Elton is available in multiple formats as a 4-, 5- or 6-piece band but recognising that for venues with a reduced budget or stage size there is the option of a SOLO concert. As an outstanding solo UK Elton John tribute act, selected by the TV Producers of ‘StarStruck’, Forever Elton has performed to audiences of many thousands across the UK from festivals and hotels as well as to more intimate venues.

When Phil created Forever Elton in 2018, he was looking to form an act that would do justice to what he regards as one of the finest pop songwriters of the 20th Century and be a fitting tribute to Sir Elton John. Phil has had much success in his own right and continues to pursue his career as a musician and performer. As an award winning composer, having scored the soundtracks to many films which continue to be streamed worldwide, such as Vendetta (Danny Dyer) and Journey To Le Mans (Patrick Stewart), he also regularly composes music for TV, adverts and theatre. A full list of his movie credits can be found on IMDB.

Having studied composition privately, he also enjoys his position as Musical Director of Fordante, a contemporary classical quintet, that tours popular classical repertoire, film music alongside his own works having been supported multiple times by Arts Council England.